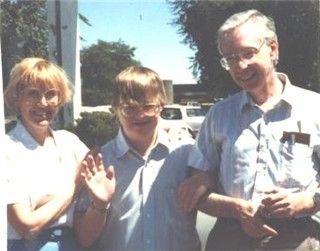 Matthew R. Markley, son of Dick Markley, died unexpectedly late last week at Lutheran Medical Center. Matt's father Dick has been a long time activist in the field of developmental disabilities and a cornerstone at both DDRC and The Arc, where he has served both organizations as president. Matt is survived by his stepmother Candy and his brother Keith. He was preceded in death by his mother Marilyn in 1999. The Arc extends our sincerest condolences to Dick, his family and his friends.