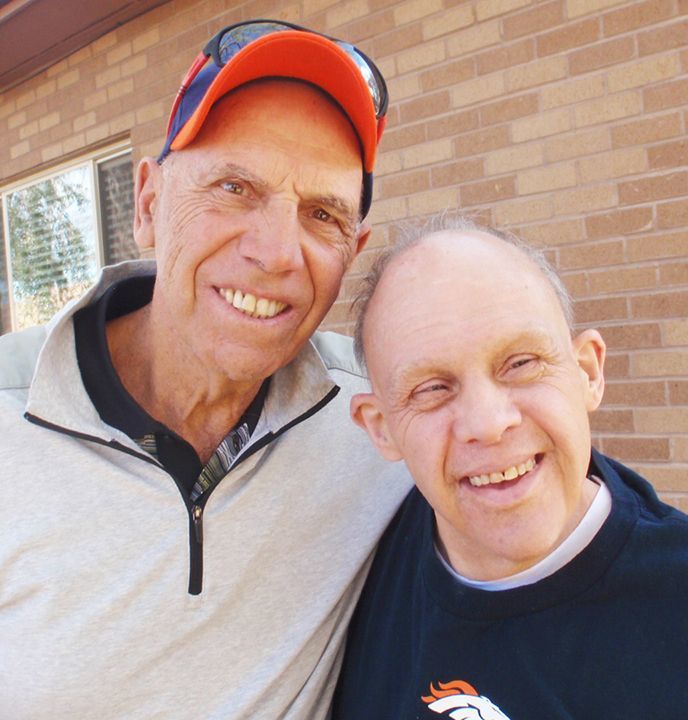 David and Jack Lopez are brothers who grew up together in New Jersey. When Jack became an adult and left home, he headed west to Colorado. David, who has Down syndrome, came to join him years later. Today, they can be seen enjoying all the fun and exciting activities that the Denver area has to offer. Decades ago, David’s life was quite different. When their parents passed away, David was placed in an institution for people with intellectual and developmental disabilities (IDD). When Jack would visit David, he would notice some of his younger brother’s capabilities deteriorating, and he was greatly concerned about him. Jack decided to remove David from the institution and help him find a host home in Colorado. With essential guidance from The Arc for many years, Jack began his journey of supporting his brother, and he became his legal guardian in 1984. Jack quickly learned the ropes, but he also went above and beyond as a guardian, in that he strives for David to be truly integrated into the community. “Without even realizing it, my mission became to help him truly belong,” Jack remembered. It’s still his mission to this day. David has become adept at using his own voice to stay involved, because that’s where he thrives. If he finds himself on the proverbial sidelines, he can help himself get back in the game. He and Jack can be found at sporting events, dances, parades, Concerts in the Park, and lots more, and you can bet that they will be right in the middle of things.