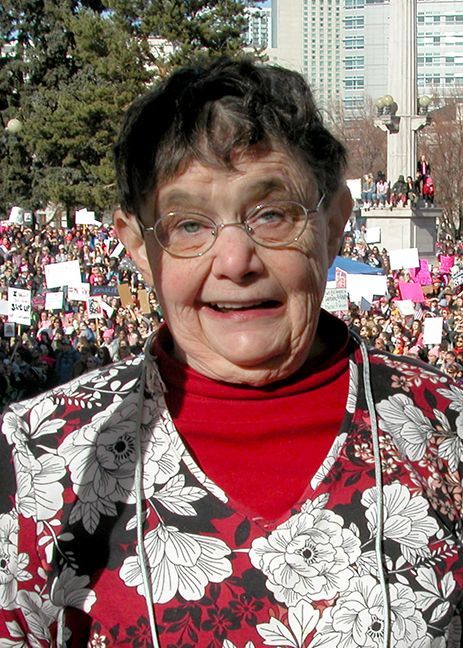 It is with great pleasure that we honor the shining voice of Donna Gunnison. Donna has too many accomplishments to list here, but some highlights are: being a SPARC Award recipient, serving as an officer in self-advocacy groups, currently serving on the Board of our chapter of The Arc, and even being the first person with an intellectual or developmental disability to speak at a Women’s March (along with an appearance on CBS 4 News the day before the March). In January of 2018, Donna made her voice heard to 100,000 people in downtown Denver as one of the esteemed speakers at the Women’s March on Colorado. She spoke about her disability that affects her voice and has led to a lifelong struggle to be heard. Donna has never given up though, and on stage as the huge crowd cheered, she announced that hers is a voice that matters. We completely agree, and we celebrate the brilliant contribution that Donna has made to the self-advocacy movement, and to our community.