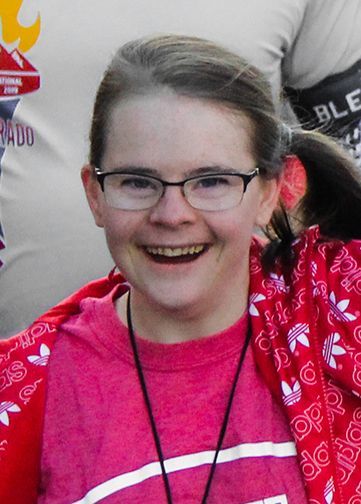 Hanna is a public speaker, award-winning reporter, Special Olympics gold medalist, and an all-around terrific human being. She’s highly involved with Special Olympics, and she represent athletes around the world as a Sargent Shriver International Global Messenger, which is a 4-year honor allowing her to showcase Special Olympics athletes and programs, spread awareness, and promote inclusion. Hanna was also selected as a reporter for Channel Kindness - a digital platform created by Lady Gaga and her mother. Hanna’s work was included a collection of these stories, called Channel Kindness, which was published by Lady Gaga. She’s the host of Cooking Health with Hanna, which can be found on Special Olympics Colorado’s Facebook page. We’ve been lucky enough to have her as a presenter at multiple LifeAbility Talks, and she participates on our Street Team that spreads community awareness.