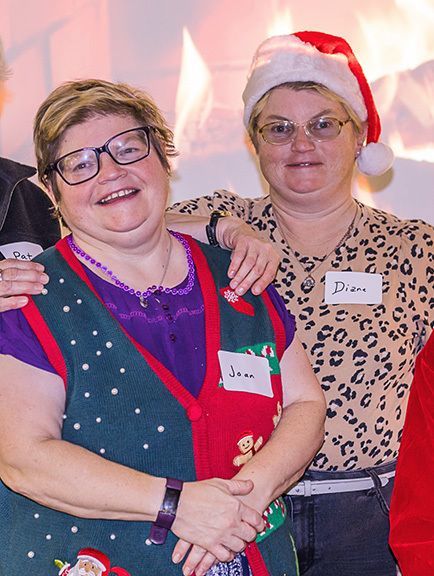 Sisters Joan and Diane have both been involved with The Arc for many, many years. Some say that it wouldn’t be an Arc event if one or both of them weren’t there. Currently serving as President and Vice President of People First of Jeffco, the Juranns have held various leadership positions in self-advocacy groups. Both have won SPARC Awards from our chapter for their contributions to increasing awareness of people with I/DD and for using their strong, confident voices to promote the self-advocacy movement. These two hard-working women have held long-term jobs, with Joan working for 17 years and Diane for 19 years. Joan, the older sister, says she “loves feeling respected” at her job, while Diane says that she loves “helping people.” Using their experienced and powerful voices to advocate for themselves and their peers, they help create a more just and welcoming community. And, they do so while maintaining a cherished sisterhood with each other, and being shining examples of how much people with I/DD can achieve.